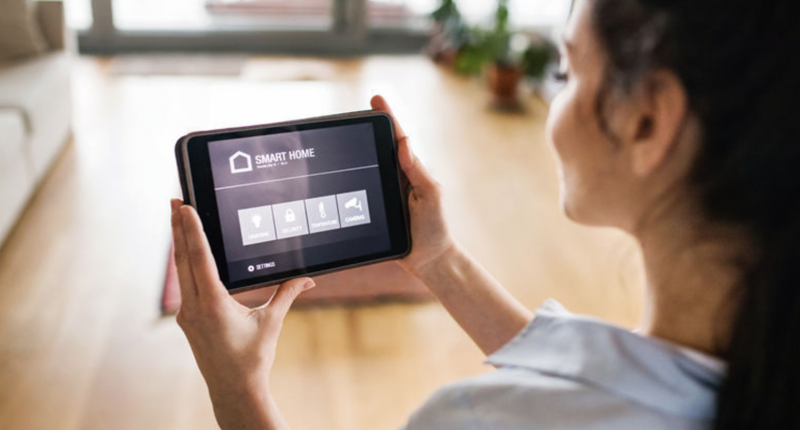 Are you thinking about adding or expanding the use of Smart Devices to your residential security package? The Smart Home, by almost any measurement, is predicted to be in over 50% of homes within the next 20 years. The Internet of Things (IoT) is a plethora of devices, from a Smart Camera for a security system to a tricked-out elevator in someone’s home. Each of these IoT devices will likely be controlled by a Smart Control Panel, with ultimate control residing in the customer and a phone app. One of the major problems as communication networks move toward adoption of 5G technology is protection of the data passing through the system and shielding the system from external activity like hacking. The Jan. 29, 2015, issue of Forbes magazine clearly illustrates how two different companies, Simply Safe and LaserShield, could be easily penetrated and manipulated with a minimal investment in off-the-shelf equipment. Additional problems like the no-notice dropping of 3G transmissions or unprotected internet access (Wi-Fi) complicate the equation.

While adoption of IoT, in all its many forms, is well underway, the numbers are still relatively small. Current estimates peg security penetration at about 25%, and DIY will, perhaps, add a few points to that. Often forgotten in the hoopla over IoT is that most of these devices will generate little or no RMR for the residential dealer. Maintenance contracts and good margins from installations don’t look like monitoring revenue. The secret to creating a better growth path will be to protect the network and their devices from hacking, and the manipulation of your customers data. The first step is to segregate the physical doorway to a customer’s home from his “Digital Doorway”, and deliver solutions that offer protection to each of these two key areas. We as an industry have created some spectacularly successful devices for installation in the residential space. Video has developed a huge market because of wireless 1080p, and color cameras with Artificial Intelligence. We are, however, still trying to find a way to put a device on your toaster that will keep it from burning your bagel!

Most panel manufacturers utilize open architecture in the design of their panels focusing on Linux or Android because there are many developers who build apps in those languages. There are, however, always a few who will develop malware that will penetrate a typical panel. Closed architecture that keeps out these bad actors is the proper technology to use. It restricts manufacturers to development of their own firmware applications, which is more expensive and not as efficient. The dealer should then have the confidence that no one can access the panel without his permission. In addition to closed architecture, curtailing access by encryption and the use of Spread Spectrum will place total control with the dealer and defeat takeovers as well as hacking.

There are currently four manufacturers that I am aware of, that provide a level of encryption and spread spectrum in their equipment configurations. Alula (formerly Resolution Products) is one of them. They are focused on protecting their dealers and giving them peace of mind with their Connect+ panel. DMP has been using Spread Spectrum since 2002 and their encrypted wireless Fire Systems have been approved by UL. Honeywell is equally focused on encryption for their current and future panels and devices. Honeywell’s acquisition of Videofied and its “Motion Viewer” technology was reportedly intended to jump start their adoption of encryption to their extensive line of panels and devices. Minnesota-based Cinch Systems is known for providing the State Department with the encrypted security panels and devices they use in our embassies abroad. Their MaxOut Technologies division is making encrypted panels and devices for Intelogix (UTC), Qolsys, and Elk. The manufacturing sector has recognized the importance of encryption, and it is time that dealers join the party even if it does increase our cost slightly.

The next step after installing encrypted panels and devices is to provide the alarm customer with software and insurance to protect his network and system from a breach. There are some software packages (without insurance) on the market, but care should be taken to ensure they do not originate in a nation-state that is at odds with the U.S. Hopefully, Congress will insist that Huawei (a Chinese company) cannot sell equipment in the country, especially 5G components. There are reports surfacing that a new company is forming to provide protective software and some level of insurance specifically for residential and small commercial alarm clients. They will market this coverage as SaaS (Software as a Service), which will create additional RMR for the dealer. More on this possible new revenue opportunity next month.

Tony Smith is the founder and President of Security Funding Associates, a 20yr. Brokerage, and Advisory Services firm, located in Los Angeles CA. He is a licensed alarm dealer, past President of the CAA and former Board Member of ESA. Tsmith@securityfundingsolutions.com * (626) 795-9199

Now is the Time to Become Compliance Certified

It’s Time for the Security Industry to Seriously Examine its Privacy and Data Protection Practices
Comments are closed.

Have You Ever Had Your ID Stolen and You Had to Fix it?
16 Nov, 2022
Major Industry Transaction a Strong Rationale for Responsible Consumer Financing
11 Aug, 2022
A 6:00 AM Electrical Outage is No Way to Start the Day
30 Jun, 2022
View All